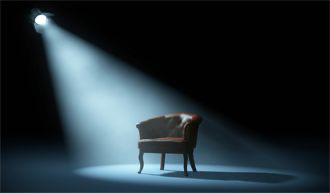 Marilyn Davies
* Are you into any other sport besides Bowls?
Not personally, but I do like watching football and athletics. Many, many years ago I did the high jump, long jump and shot put. Several years after that I played in a pub darts team.

* What does the sport give you? can you explain how much it means to you and many others?
A sense of achievement, especially if you’re playing well.

* What’s the one piece of advice you’d give anyone looking to make any step up in their game?
Definitely to watch, listen and learn from better players. Especially players who have played for England.

* If you look back, what are you most proud of in your career so far?
Definitely winning the National Mixed Fours for the first time, with Dave Wiggins, Les Woodward and Brienne Bland. We won it again a couple of years later, with one different player, Pat Dunn replaced Brienne.

* What would you say has been your best experience so far in short mat?
I think being asked (arm twisted) to Captain a Ladies Oxfordshire team, to play against an England Ladies team. It was a wonderful day, although very exhausting, and of course we came second. But I was very proud of the Oxfordshire ladies that turned up and played.

* What would you say is the most frustrating part of short mat bowls?
Knowing what shot to play and then you go and deliver the wood incorrectly. Annoying and frustrating.

* Name three characteristics that you think a good player should have.
Patience
Foresight
Respect

* What discipline do you prefer to play & why?
Pairs. There’s only one other person to give their views and options of shot to play.

* Where’s the best place you have played? What made it so good?
Difficult one, but I think probably Bromsgrove. It’s easy to get to and the food was great.

* Where do you like to play in Oxfordshire & Why?
Benson. It’s where I first learnt how to play, thanks to Roger Belson. The hall there just feels light and airy. The mats play well too.

* If a new player comes to your club, what 3 best tips would you like to teach them?
1. Watch other players - Where they stand to deliver their wood
2. Listen to the Skip - They are trying to build a head
3. Always check that the woods bias is sat in your hand the correct way, to which side of the block you want to go

* Ahead of next season (when we finally get there!), what are your goals?
That’s definitely to be more consistent.

* Despite having many excellent players, Oxfordshire as a County team often appears to struggle in ICC tournaments, why do you think this is?
This is really still a mystery to me. I know it’s hard to get a team to play, when we have so many players that cannot commit to playing all fixtures. Having a consistent team that play together all the time, is definitely a must. As you get to know how each player plays and what they can do.

* If you had to pick and choose a famous person to start playing bowls, who would you like to see and why?
That would have to be Denzel Washington, as I think he’s a fantastic actor and I would just like to meet him.